yoohoooo~!~!~!! MERRY CHRISTMAS EVERYONE!! just got back from yumcha with WeeHong and WayLeong!! kekekeke… weird to yumcha on xmas eve? and 2 of them now playing mahjong with my bro… hahaha~

hahahahah… acually quite a number of friends called me asked me to go here go there… but… really no mood… dont know why… OLD edi gua~~ nomore feeling excited to go count down… moreover, i feel damn irritating to go out!! feel that staying at home is the best!! some called me asking my location and i told them HOME, they didnt believe it!! ahahha… and saying that it’s so unbelievable and abnormal, especially it’s happening on ME!! ahahhaha…

then some DC++ hubbers wanted to have their celebration at steven’s corner, so i thought that i might tag along since it’s so near… but then… my mom didnt seem to be happy when i told her that i going yumcha with somebody that she doesnt know… so then… SORRIE XUSXUS~ =P i was forced to ffk them… after a while, my phone rang again… it’s WeeHong, hahaha… this time i could go out edi~ =P

i am now thinking of how to get rid of the gathering tomorrow man!! just now one of my primary schoolmates called me told me that there will be a K session at redbox tomorrow and i said OK!! what the hell…!! i really dont feel like going ler… ahduh~~~ how how how~~~ why did i say OK, i have no idea~~~

oh yea, not to forget about ERIC!! he was damn funny this afternoon, suddenly called me saying that he was outside my house… asked me to go out… and so i went out… and he handed me my xmas PRESENT!!!! ahhahaha… guess what… it’s a yellow ROSE… ahhahaha~ damn funnie! thankiew anyway~ 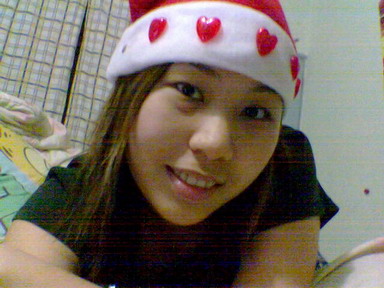 Good thing you didn’t go out with that wretch suxsux 😀 😀 😀

This site uses Akismet to reduce spam. Learn how your comment data is processed.